A Christian Response to the Attack on the US Capitol 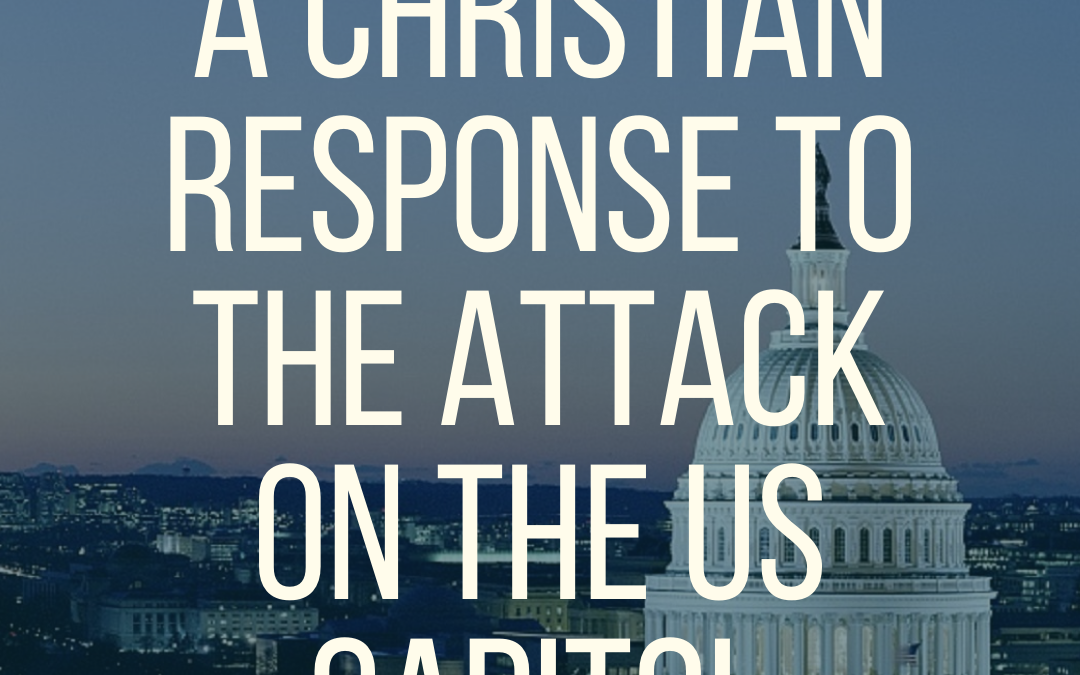 American Christians need to repent of our sins against the American people.

When I was a kid, we were playing at a friend’s house. I fell and scraped up my knee pretty badly. Dirt and rocks were in the wound. My friend’s mom was a nurse, so she got out her medical kit. She did her best to pick out what she could and then showed me her bottle of iodine. Iodine is a strong anti-microbial. Highly effective for cleaning wounds. But, like rubbing alcohol, it stings pretty bad.

Pain, she said, is not always a bad thing. Pain is what our body uses to tell us something is wrong. That we need to make a change. If your appendix hurts, it’s helpful. Because if they didn’t, you’d have no way of knowing that they were going to burst. Sometimes, we need to feel pain.

I don’t know about you, but I’m pretty raw today. I haven’t been able to focus on much. Yesterday, January 6, 2021, a mob of Trump supporters, incited by Donald Trump, stormed the Capitol building in Washington DC. It was an act of terrorism. A coup attempt on US soil. I’m angry. I’m scared. And what hurts the most is to know that evangelical Christians share the blame. We were a big part of his support base. Despite his stirring up rebellion, his lies about everything from the size of his inaugural audience to the shameful claims of a rigged election, his obvious conflicts of interest, racism, sexism, and potentially criminal dealings with Deutsche Bank, many of my people stand by his side. And there is nothing he can do to break that spell. Some Christians will support him no matter what.

I started this podcast three years ago for a lot of reasons. There is one big reason, though. I wasn’t public about it. I’ve spent a lot of hours debating whether or not I should tell you. But I started Truce because I think my people, Christians, are headed for persecution. Not because of the Bible. Not because we believe in Jesus, and the world hates Jesus. But because we’re acting like children. We worship oligarchs and their money, even though Jesus told us not to. We ignore the poor, even though Jesus commanded us to take care of them. We’ve acquired a taste for hate, even though the Bible says to love our neighbors. We’ve sought vengeance when it’s clear that vengeance belongs to the Lord.

I don’t think anyone deserves to be persecuted. Hear that. Nobody deserves persecution. But I think we’re building a pretty strong case against ourselves. Christian media will try to put a positive spin on it, say it’s not our fault. That the heathens hate Jesus. Know that this is the reason: because we turned our back on our calling in pursuit of power.

I probably wounded you in saying that. That’s okay. We’ve grown so used to thinking that we deserve a life free from pain. I want to remind you that pain is not always a bad thing. It tells us when we’re bleeding, when we’re wounded, when we’re sick. I think a lot about the Babylonian’s taking over Judah in the Old Testament. God’s people acted wickedly generation after generation. So they paid for their wickedness.

I won’t offer us comfort today. I just won’t. Because we won’t change until it hurts. Our positive and uplifting media outlets have robbed us of our ability to lament. To grieve. Yes, pray for this country. But if we stop there, we’re missing the point. We need to repent, turn from our evil ways, humbly and graciously serve others as Jesus served. Repent.

Until we do, let it hurt. Let today hurt.