S2:E6 Constantine: Council of Nicaea and the Spread of Relics 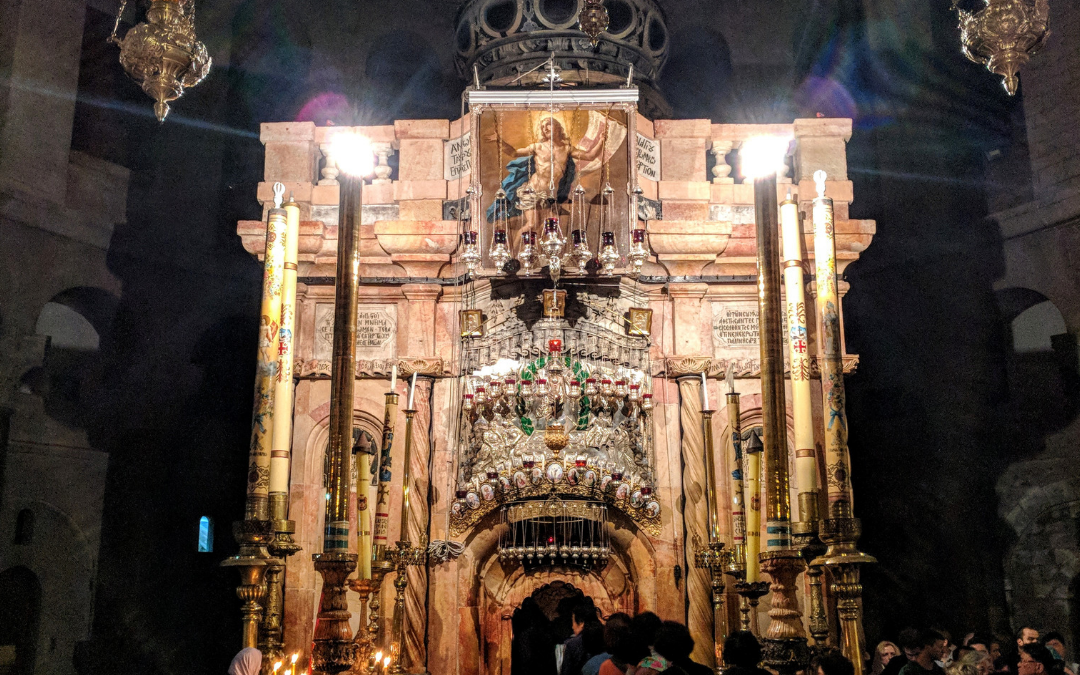 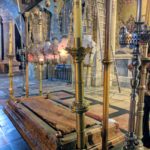 This is said to be the stone on which the body of Christ was placed when he was anointed for entombment. Photos by Mike and J.J. Demetris for the Truce Podcast 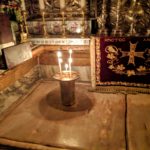 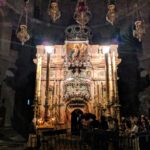 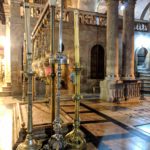 Another angle of the stone on which Jesus was supposedly anointed before entombment Photos by Mike and J.J. Demetris for the Truce Podcast 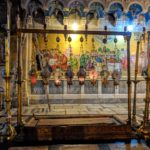 Is Jesus God? Christians believe that he is. But did that idea come about at the Council of Nicaea? Did Constantine the Great invent the idea of Jesus’ as God. In this episode we explore some of the heresies put forth by The DaVinci Code, Dan Brown, and others. We also explore how the early church became entwined with relics.

The Council of Nicaea was called to put down the lie of Arianism. Arianism was the idea that Jesus was not God, that he was created by God. This idea has huge implications. If Jesus were not fully God then his payment for our sins on the cross would not have the same meaning.

So, the Council of Nicaea was called. This is where they wrote the first draft of the famous Nicene Creed:

We believe in one God,
the Father almighty,
maker of heaven and earth,
of all things visible and invisible.

And in one Lord Jesus Christ,
the only Son of God,
begotten from the Father before all ages,
God from God,
Light from Light,
true God from true God,
begotten, not made;
of the same essence as the Father.
Through him all things were made.
For us and for our salvation
he came down from heaven;
he became incarnate by the Holy Spirit and the virgin Mary,
and was made human.
He was crucified for us under Pontius Pilate;
he suffered and was buried.
The third day he rose again, according to the Scriptures.
He ascended to heaven
and is seated at the right hand of the Father.
He will come again with glory
to judge the living and the dead.
His kingdom will never end.

And we believe in the Holy Spirit,
the Lord, the giver of life.
He proceeds from the Father and the Son,
and with the Father and the Son is worshiped and glorified.
He spoke through the prophets.
We believe in one holy catholic and apostolic church.
We affirm one baptism for the forgiveness of sins.
We look forward to the resurrection of the dead,
and to life in the world to come. Amen.

This is not the original creed, but an updated version of the original. The new one came out in the Council of Constantinople in 381 AD. Still, it gives us a really solid foundation. It establishes that Jesus is God, while also showing all three parts of the trinity: Father, Spirit, Son.

This creed is recited in a lot of churches even today as part of regular worship serives.

In this episode we also explore the relationship between Constantine and his mother Helena. She’s most famous for her mission to find and claim relics and special sites in the Christian faith. She was also important in the founding of the Church of the Holy Sepulcher (see video and pictures). Her “discovery” of the Christ’s “truce cross” (whether or not it was authentic is not for me to know) was also important. Part of it is on display in the Church of the Holy Sepulcher. It would also play a role in the Crusades.

Do relics have any power? Is a particular piece of land any more holy than any other? Leave us a comment and tell us what you think!

Our guests for this series are Professor Gerald Bray and Professor David Potter.